It’s beginning again: the itch. I’ve started to play around with a tiny baby kernel of an idea for a book.

“If there’s a book that you want to read, but it hasn’t been written yet, then you must write it.” ― Toni Morrison

When I say baby kernel, I mean there’s no plot yet, nor is there a main character, and I only have the vaguest beginning of a notion where it might be set. I’m holding several possibilities very lightly in my mind, knowing that if I don’t look at them directly, if I dream sideways, so to speak, I may just end up with something inspiring. It’s a lot like finding the right word in a crossword puzzle or the name of an actor that you just couldn’t remember at the time no matter how hard you concentrated. You stop thinking about it, your subconscious whirrs away while you do other things, and suddenly there it is, the answer you’ve been waiting for.

I never begin my books with an ending in mind. Often there isn’t a plot until I’m writing the climax. I might know the villain(s) at the beginning, they might appear halfway through and get added in later. It’s not a cohesive process, but it’s worked eight times, so I’m not too worried about changing it up.

I do wonder sometimes how other fiction authors work, especially those who write suspense novels and mysteries. Do they create detailed outlines with different arcs noted in special colors? (If I have any arc but the main one, it’s totally by accident.) Do they spend time drafting out various parts before writing the first chapter? Do they know how it’s going to end before they begin, plotting out who did it and how and why?

Before I start a book, I know who the main character’s going to be, most likely a woman, and where it’s going to be set. Then I think about the personal experience I want her to have, and sort of generally decide where she might end up when the story ends. I might determine what crime the mystery is going to involve, but that’s not a given. I vaguely imagine a few other characters, new or from previous books, who could come into it (the Hofflins always show up), decide how they know the heroine. And then I open a new Word document and see where my imagination takes me.

“And by the way, everything in life is writable about if you have the outgoing guts to do it, and the imagination to improvise. The worst enemy to creativity is self-doubt.” ― Sylvia Plath 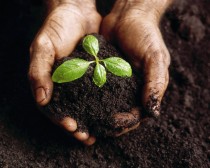 Of course, not knowing how the story is going to develop does cause some problems anywhere from 10,000 to 30,000 words in, when the introductions are over and the plot needs to really be taking us somewhere. I can get stalled. But by then that little seed of an idea I started with, planted carefully and tended with just the right amount of attention, has taken root. I can’t walk away. I may need to prune it back, or fertilize, or give it more sun or less water (you get the idea), but as of yet I haven’t abandoned any work I get at least that far into. I allow myself some space from it, then keep coming back to the blank page, keep doing research, keep getting whatever I can down, knowing it can always be rewritten later—and it’s a given that some of it will have to be.

“Substitute ‘damn’ every time you’re inclined to write ‘very;’ your editor will delete it and the writing will be just as it should be.” ― Mark Twain

Writing a book is only possible for me when I don’t worry about what’s going to happen, how good it’s going to be, how it will sell, not even how it will end. Without thinking about any of that, without feeling self-conscious or like I need to meet expectations or deadlines, I can take an initial idea and open myself to what it inspires in me. (Being self-published is an advantage in that way, I don’t have anyone to please but myself!)

I won’t try to describe the idea floating nebulously in the back of my mind right now, not to anyone. Not only is it far too vague, it’s just too soon to talk about it, too soon to write anything down. But if I give it room to grow, if I allow for any and all possibilities, it might just blossom into a ninth book.

The Element of Truth, a novel of suspense
The First Time We Met, a novel